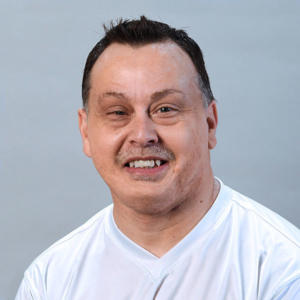 Ryan has been on the PBA tour for 32 years, accumulating 5 National titles in 56 TV appearances while adding 30 titles in PBA regional action. He has been awarded PBA rookie of the year in 1987, Bowling Digest Player of the year in 2000, a 2 time Steve Nagy Sportsmanship winner, and a 3 time PBA east region player of the year (only eligible 6 times). Ryan also is one of 3 players to bowl 2 televised 300 games on the PBA tour. He also holds the record for most consecutive strikes on TV with 18.

Ryan enjoys spending time with his feline friend “Wiggles” who always keeps him entertained. In his spare time, Ryan likes to practice, read, watch his beloved NY Yankees, and work in his pro shop. He is also an avid Pittsburgh Steeler fan.